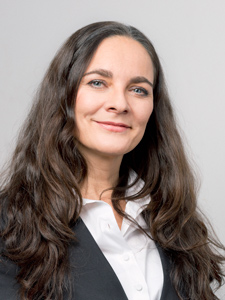 Patricia Pisters is professor of Media Studies (with a specialization in film studies) at the University of Amsterdam. From 2015 until 2019 she was director of research of the Amsterdam School of Cultural Analysis (ASCA), one of the researh schools of the Faculty of Humanities. She is member of the Royal Netherlands Academy of Sciences (KNAW), the Royal Holland Society of Sciences and Humanities (KHMW) and of the Academy of Europe (Academia Europaea). Between 2010 and 2013 she was chair of the department of Media Studies. Between 2011 and 2015 she was elected member of the steering committee of NECS (European Network for Cinema and Media Studies). She is one of the founding editors of the peer reviewed Open Access journal NECSUS: European Journal of Media Studies. With Bernd Herzogenrath she is series editor of Thinking I Media at Bloomsbury; with Wanda Strauven and Malte Hagener series editor of Film Culture in Transition at Amsterdam University Press. In 2019 she was scholar in residence at the EYE Film Institute Netherlands and fellow at the Cinepoetics Centre for Advanced Film Studies at the Freie Universitat in Berlin. An overview of her publications can be found here and on her ORCID page.

Patricia Pisters was associate of the Institute for Advanced Studies (IAS) at the University of Amsterdam from 2016 - 2018. Since 2014 she is member of the supervisory board of the Dutch Film Fund (Nederlands Film Fonds). Since 2013 she is member of the advisory board of the Dutch Film Academy (Nederlandse Film Academie). She is connected to NICA (Netherlands Instititute for Cultural Analysis), RMeS (Research School for Media Studies) and member of SCMS (Society for Cinema and Media Studies). At ASCA she was co-director of the research group Neuroaesthetics and Neurocultures and one of the organisers of the PhD seminar on Film and Philosophy.  In 2010 she was research fellow at the IKKM (Internationales Kolleg fur Kulturtechnikforschung und Medienphilosophie) of the Bauhaus University in Weimar (Germany). In 2010 she co-directed with Rosi Braidotti (University of Utrecht) the third International Deleuze Studies Conference Connect, Continue, Create which included a summer school "Mille Gilles" and a double art exhibition The Smooth and the Striated. For the Rietveld Academy Studium Generale Festival she curated an international art and science program entitled Give me a Brain! Clash Continuum Senses of Cerebral Screens. In 2013 she was co-director (with Josef Fruchtl) of the Film-Philosophy conference in Amsterdam, in collaboration with EYE Film Institute Netherlands. In 2016 her book Filming for the Future, about the work of Dutch filmmaker Louis van Gasteren, won the Louis Hartlooper Price for best film publication. In 2016 she also co-directing the International Conference  'Worlding the Brain', dedicated to Patterns, Rhythms and Narratives in neuroscience and the humanities. In 2017 Worlding the Brain has its second edition in Amsterdam, focussing on Affect, Care and Engagment, including one evening program in the Stedelijk Museum that she curated. See Worlding the Brain 2017 webstie. From 2018 onward Worlding the Brain has moved to Denmark and the UK. Together with Adam Nocek from Center for Philosophical Technologies of Arizona State University, she inititated the GeoMedia Research Network which had its first meetings in June 2017 at Mediamatic in Amsterdam, including a workshop and public program. In June 2018 she co-organized the annual NECS conference for the European Network for Cinema and Media Studies in Amsterdam. Since 2019 she is member of the reserach group In de Geest, initiated by Stichting Open, and was involved in public KNAW symposia about science and psychedelics.

About the homepage graphic

The opening sequence of Fight Club (David Fincher, 1998) is an iconic image of contemporary cinema where we quite literally have moved into characters’ brain spaces. We no longer see through characters’ eyes; we are most often instead in their mental worlds. On the DVD of Fincher’s film, two audio track commentaries explain how this sequence was made: by synergizing the visual effects of a cinematographic immersive ride and a neuroscientific brain mapping process. The idea for the shot was that it would start in the amygdala, then backtrack to the frontal lobes and to the outside of the forehead. The artists of the visual effects department and the neuroscientists consulted for the sequence discovered they had actually quite similar (digital) visualization techniques and were able to work together very well.

Using Deleuzeand Guattari’s typology of interdisciplinary interferences in What is Philosophy?, we could say that they worked together extrinsically. The visual artists wanted to create a sensation of a function, the feel of a ride from the amygdala to the frontal lobes as “dark, scary, wet and very visceral,” while the neuroscientists focused on the function of a sensation, in which different parts and chambers of the ride are correct in their neurological detail. The sequence is thus also emblematic given how it invites further investigations into the various implications of such encounters at the same junctions my book The Neuro-Image (Stanford University Press, 2012) hopes to contribute to.

The Fight Club opening sequence and its audio commentaries can be found at artofthetitle.com.