Since the turn of the millennium, a growing number of female filmmakers have appropriated the aesthetics of horror for their films. In this book, Patricia Pisters investigates contemporary women directors such as Ngozi Onwurah, Claire Denis, Lucile Hadžihalilović and Ana Lily Amirpour, who put ‘a poetics of horror’ to new use in their work, expanding the range of gendered and racialized perspectives in the horror genre.

Exploring themes such as rage, trauma, sexuality, family ties and politics, New Blood in Contemporary Cinema takes on avenging women, bloody vampires, lustful witches, scary mothers, terrifying offspring and female Frankensteins. By following a red trail of blood, the book illuminates a new generation of women directors who have enlarged the general scope and stretched the emotional spectrum of the genre. The book has appeared in 2020 with Edinburgh University Press.

See here for some online presentations of the book. The booklaunch in EYE Filmmuseum can be seen here (in Dutch). An online lecture for the University of Southhampton about the book can be watched here (in English). 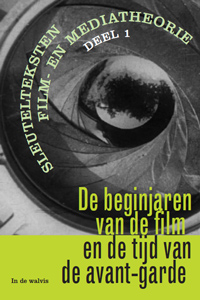 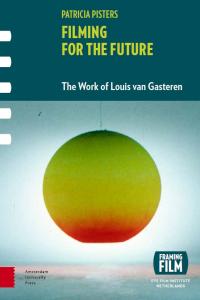 Louis van Gasteren (1922-2016) was one of the Netherlands’s most prolific filmmakers. He has made about eighty documentaries as well as two feature films, art works, and several publications. His film Now Do you get it Why I am Crying? (1969) played an important role in the recognition of the enduring psychological effects of war trauma. Hans Life Before Death (1983) presents a deeply empathic portrait of the post war generation of youth rebels in Amsterdam in the 1960s that addresses major existential questions. In his autobiographical film, Nema Aviona Za Zagreb (2012), Van Gasteren declares his passion for filming and his desire to register everything from both the outer world as well as from inner life. This book presents a journey through the rich audio-visual and artistic sources of the world of a filmmaker who, over the last sixty years, and long before we all became accustomed to carrying mobile cameras in our pockets, always had his camera on standby.

Van Gasteren has been relentless in filming a range of topics, phenomena, and events of national and international scope and universal value. His camera eye was visionary, documenting not only the tumultuous happenings of the different presents that he witnessed, but also the return of the past and anticipation of the future. His work demonstrates a fascination for technology, a deep interest in politics, and a continuous concern for the traumatic effects of war and the passage of time itself; always looking for new doors of perception, always returning to his home in Amsterdam, always departing again to new or recurring points of interest. Filming for the Future explores the most salient features of a wide-ranging and vital oeuvre that becomes ever more amazing and important as time goes by. Van Gasteren’s work is an invaluable source of historical documentation and percipient cultural analysis made by an adventurous ‘participating observer’ of the twentieth century that is worthwhile (re)discovering in and for the twenty-first century.

On the occasion of the passing away of Louis van Gasteren on 10 May 2016, the EYE film institute organized a special screening of Nema Aviona za Zagreb. The introduction (in Dutch) to this film can be read on my blog entree here.

Filming for the Future was awarded the Louis Hartlooper Prize for Best Film Publication 2016. 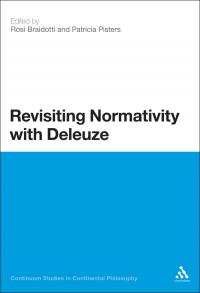